Would you let your partner go through your phone?

Samuel’s partner asked to go through his cell phone, believing that this would prove that he was trustworthy, once and for all. It was implied that if he didn’t show it to her and give her the passcode, he was not.

Determined to prove that he had nothing to hide from her, he said, “ok, you can see my phone later tonight.” Then he checked in with me.

I told him there was a lot to consider before he let her do this.

Know that he had not given her any concrete reason to look at his phone. If he had been caught lying or cheating, opening his phone would have made sense…

But this had to do with Leela feeling insecure, in my opinion. Instead of owning her feelings, she blamed them on Samuel, by suggesting he might be up to something.

It was clear to me that if Samuel opened his phone once, under such conditions,  he’d be opening it time and again.

In my view this is a matter of privacy.

But, first, let’s make a distinction.

Secrets tend to be harmful, in that they obscure something from your partner that is dishonest,  out of integrity, or violates a relationship agreement.

Private matters are different. What is private are your conversations with yourself and others that are not meant for your partner. This might include a journal, emails, texts, etc. 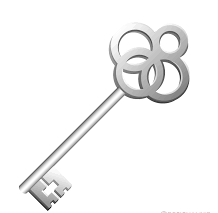 For example, if Samuel let his partner check the contents of his phone, would she  read my messages to him? Invade my privacy too? Would those messages hurt her, inadvertently?

And if he should open his phone to prove himself trustworthy, should he also open his journal, where he writes private things about her, sometimes?

What is contained is the messages between Samuel and I are not secrets, but they are matters that are private.

I suggested to Samuel that this setup was not going to increase trust between them, but diminish it. How can you build trust in each other by circumventing trust and acting impulsively on fears?

I suggested a compromise: he give her the passcode to his phone, but ask that she not look at the phone. In this way, he would exercise trust toward her, and she toward him.

But he chose to let her see the contents of the phone, alongside him, and then asked her not to use the code again in the future. I believe she won’t be able to help looking, now that she’s looked. It’s now a crutch for her.

Would you open your phone? Have you and why?

I thought it’d be fun to survey you. You can choose yes or no, and leave a comment with your thoughts on this.