How to Get Her to Receive You

When a woman decides that you can’t open her, she stops wanting anything from you.

If this isn’t a horrible feeling, I don’t know what is.

So how do you get a woman to be receptive again? To open herself to the love you have for her?

First let’s address the pink elephant in the room. She thinks you’re setting a trap. She thinks your “gifts” aren’t as much gifts as they are hooks. The last thing she wants is to be disappointed, or to owe you anything.

This is an ugly situation, no doubt —when a woman who once worshipped the ground you walked on, or believed you could do and be anything together, now looks at you with contempt and suspicion. 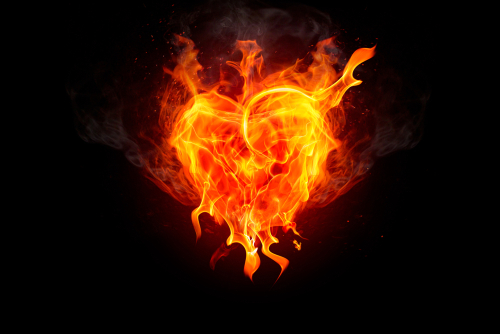 My client Craig was going through this and he was hurting. One morning he offered his wife some scrambled eggs he’d made. His heart was wide open with hope. But without missing a beat she said, “no, I’ll pick up a croissant on the way to work,” then got up and walked away, without so much as a glance at him.

“Wait,” he said, grabbing her hand and turning her to him. “Look you don’t have to give me your heart right now. But I beg you, take some eggs. Let me feed you. I’m starving to death not being able to give to you.“

Laura sat down. She is a bit stunned. She’s never heard Craig speak from his heart before. When she’s done eating, Craig goes to her, picks her up in his arms, and takes her to the bedroom, where they make love for the first time in months.

What happened? Why did she open and receive him?

Was it his eggs?

Sometimes men get so caught up in trying to fix things, they forget their hearts. They forget what it is to engage their partners in the love. When Craig said, “I’m starving to death to not be able to give to you,” his heart was fully alive. I imagine Laura felt him in a way she never had.

Back when things had started to go South for them, Craig did what a lot of men do – got busy taking over more and more duties in their lives, hoping that would bring her around. But it didn’t. If anything, it pushed them further apart.

What he didn’t do, is look into her eyes, and ask for her heart.

Sometimes, a man might need to remember that it’s about the love. Rather than tip-toeing around what’s up between you, help her feel what’s been forgotten.