The Anxious Lover (a sexual story)

Meet Jeff a client of mine. He wants nothing more than to open his woman and keep her open. In our first session, he tries to make that clear to me.

“When she’s happy, I’m happy,” he says, establishing himself as a good guy, right out of the gate.

“When I can give her pleasure, it makes my day,” he says.

A lot of guys say things just like this, because they believe it sets them apart from other guys. For me, it’s a big clue as to why they’re having problems in the bedroom.

“And how open is Lauren to your touch or your desire for her?”

“See that’s the problem. Sometimes she is and sometimes she isn’t. It makes me crazy. I want to figure out how to really open her up and keep her there. “

“Uh huh. Tell me, what happens for you when she isn’t open and isn’t interested in being touched?”

On the surface, anyone would think Jeff was a great guy just wanting to make his woman happy and satisfy her in bed.

But when you look more deeply at Jeff’s need to serve Lauren, it’s really all about Jeff. Jeff needs Lauren to be a certain way for him to feel ok and at ease within himself. When that isn’t happening, he’s a mess.

Jeff cannot relax unless he can see that Lauren is good, because this means that he is good – and that he’s secure within the relationship.

Sex isn’t a gift that Jeff offers. It’s more of a needy demand. If Lauren doesn’t want it he’s devastated. So naturally, she’s going to feel pressure to give him sex to keep the peace.

“I hate that she feels obligated,” he said. “It makes me ill to think that.”

But Jeff can’t stop pressuring her, because he can’t stop feeling needy and desperate.

And to make things worse, he looks to sex to make this feeling go away. 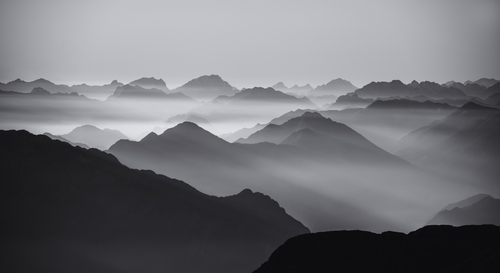 “Have you ever considered that everything has its cycle? Jeff? “Flowers bloom on a certain timing, the trees drop their leaves in season, the sun rises and sets each day on a particular rhythm.”

“A woman’s sexual desire is like this. There are times that she’s in full bloom, and times when her energy is in retreat, gathering, building. You want to keep Lauren in full bloom all the time, because that makes you feel a certain way. That isn’t honoring of her nature, nor doesn’t give space for her desire to grow.

The first thing Jeff had to learn was how to attune to his own sexual rhythm and relax his energy, sexually. Clearly his was different from Lauren’s. Where he was often cycling high, she was all over the range.

I taught Jeff how to idle his sexual energy in a powerful way. Meaning he could be cycling high, but breathing deeply and attentively, so that he felt relaxed and not needy, even when turned on.

Once Jeff got this and could truly relax, he found it easier to entrain with Lauren, even when it was clear that she wasn’t feeling physical. Instead of anxiety coursing through him, he felt a confidence in his capacity to connect with her.

Whenever you feel devastated about a woman not being open or available to you, sexually, it’s important to look at what you’re trying to get from her. It’s also important to consider whether you’re attuned to your natural rhythm and hers.

If you can’t give space for her sexual desire to bloom, there is likely a need inside of you that you want to look at.

Hope you found this helpful!